Microsoft Teams is coming to the Government Cloud. Our predictions. 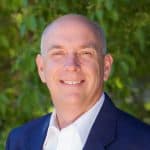 As government agencies move users to Office 365 and the Cloud, users will be exposed to solutions like OneDrive for Business and SharePoint. For many users, the solutions will be entirely new and there will be a learning curve as organizations wrestle with how the applications will be used, who will use them, and what they will be used for. Thankfully, a new Microsoft application will make adoption easier.

Microsoft Teams is Microsoft’s latest chat-based collaboration tool that provides teams the ability to distribute globally and function together. Microsoft Teams allows users to share information in a common space. All communication with other team members (text, video calls) can be initiated from the Microsoft Teams application. Employees can be members of multiple teams and can easily switch from one “Team Channel” to another.

Late last month, Microsoft announced that they will be bringing Microsoft Teams to the Government Cloud (GCC). Microsoft Teams will offer state and local government agencies a single collaboration space that will lean on Microsoft’s powerful suite of Office 365 applications that are designed to improve efficiencies and drive collaboration. We think this will make for a better user experience. Users will enjoy using Microsoft Teams without realizing that they are tapping into the document sharing capabilities offered through SharePoint or communicating with team members using Skype for Business.

As an organization, Kiefer Consulting has been using Microsoft Teams since last February.  This powerful team collaboration platform has helped us fill a void and create a more seamless collaboration experience. When we are using Teams, we aren’t switching between SharePoint and Skype. We can send team members directly to the Microsoft Teams channel and colleagues can immediately start collaborating with others in the organization.

We think there will also be some other benefits. Here are our predictions.

Government agencies will embrace the technology

Microsoft teams is a unique product. Many agencies have never had the opportunity to use anything quite like it. On the flip slide, state and local government employees have had exposure to products like Facebook and Instagram. These products allow users to communicate with a swiftness that doesn’t exist in email. The ability to share a comment, suggestion, recommendation, or objection with the entire team without having to “reply to all” or have information trickle up or down could be very useful in business. We believe that Microsoft Teams is a game changer and users in the public-sector will welcome this type of technology.

As government agencies look to be more agile, it’ll be important for public-sector organizations to have the right tools that enable teams to iterate quickly. Microsoft Teams is the ideal solution for teams that need to be agile. Features like persistent-chat and simultaneous document collaboration are critical to keeping the entire team informed and engaged. With Microsoft Teams, we see less lag time in review and approval processes.

It’s a secure platform and IT will support its use

State and local government agencies that are making the investment in Office 365 will want to see the platform used to its maximum potential. Ideally, Office 365 could be used to replace stand-alone solutions that have a comparable equivalent in Office 365. Why would IT want to continue to support applications that are redundant or have not been rigorously tested?

Microsoft will be all in with Microsoft Teams

Microsoft sees Microsoft Teams as a gateway to better collaboration. Government employees will benefit from a sophisticated platform that has the ability to promote better communication across agencies, reduce the number of meetings, and help organizations get work done faster. In addition, it provides employees with a practical tool for knowledge transfer.

The good news is the wait is over. Government employees will now have access to Microsoft Teams and its useful toolset. At Kiefer, we’ve gotten very familiar with Microsoft teams and recognize the critical part you can potentially play for state and local agencies. Contact us if you like to learn more about Microsoft Teams or see a demo. We can share use cases and give you an overview of how it leverages the power of Office 365.

The official launch of Microsoft Teams for the Government Cloud is July 17, 2018

PrevPreviousHow technology can solve your employee engagement problem.
NextMicrosoft Teams is coming to the Government Cloud. Our predictions.Next