What you need to know about Microsoft Lists. 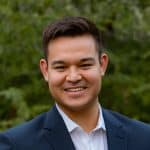 The wait is over. Introducing Microsoft Lists

Earlier this summer, we published a blog that announced the preview of Microsoft Lists. Well, the wait is over. Microsoft Lists was officially launched and is available in commercial and government cloud tenants.

In our previous blog, we highlighted the features of  Microsoft Lists and contemplated how users might leverage Lists for issue tracking, new hire on-boarding and a variety of other processes that require users to manage and track information.

The beauty of Lists is the simple interface and the ready-to-use templates which allows users to get started quickly. There are several list templates in Microsoft 365 that will provide an excellent starting point for those interested in taking Lists for a spin.

We at Kiefer have been playing around with lists and exploring various use cases for Lists. And, the list is long! As a Microsoft Gold Partner and an organization with a long history with Microsoft SharePoint, our team was excited to see Microsoft Lists.

What you need to know about Microsoft Lists

Creating a list in Lists is very simple. As mentioned before, you can create a list from a template or use data from SharePoint or Excel to create one. This makes it simple to take a process that is managed in a spreadsheet and begin managing it in Lists.

Now I’m going to let you in on a little secret. The list that is created is a SharePoint list! (Keep reading, please.)

I know some of you have had less than stellar experiences with SharePoint. But, Microsoft Lists is going to change a lot of people’s minds about SharePoint. Using SharePoint to store enterprise content, manage processes, track projects, and to share information is what SharePoint was intended to deliver. Oftentimes, lack of experience with SharePoint has led to organizations only using a fraction of its capabilities. Lists could potentially expand use of SharePoint with its friendly and intuitive interface. Users will be able to use SharePoint features and build SharePoint lists to improve processes and drive collaboration.

Let’s have a look!

The best way to get familiar with Microsoft Lists is to add Lists to a Microsoft Team. Think about a team that has been created to support a project. Perhaps this team might need a task list to  help in managing a project and seeing it through to completion.

In the Add a tab dialog box, select Lists (you may have to use Search to locate it), and then select Save.

Now – Start playing around in Lists and see what the application is capable of. This is a safe way to experiment with Lists because the List is only accessible within the Microsoft Teams site.

In the coming days… we will be recording a tutorial that will walk you through Microsoft Lists.

If you simply can’t wait and want to talk to someone on the Kiefer team… call us! We’d love to introduce you to the latest addition to the Microsoft 365 application family.