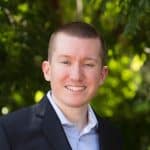 As organizations accelerated their deployment of Microsoft Teams, breakout rooms is one feature that many have been waiting for. Virtual Breakout Rooms are coming to the Government Community Cloud (GCC).

Note: Teams Virtual Breakout Rooms will begin rolling out to all GCC tenants starting in early December with completion happening by mid-December.

Collaboration in small groups is critical in the modern workplace and technology has had to catch up bit. Some tools that offer meeting, calling, and chat capabilities didn’t start with the ability to allow for the larger group to breakout into smaller groups. Microsoft recently announced support for virtual breakout rooms in Microsoft Teams.

During the “breakouts”, the organizer can freely move between breakout rooms. And, in the spirit of collaboration, only the organizer will always have access to all rooms meeting artifacts. This allows the organizer to keep sessions more contained and the output of the sessions

One of the features we like about the Breakout Rooms is the meeting organizers ability to send an announcement that will show up as a meeting chat message in each room. Awesome for time management!

There are several other features that make the virtual breakout room feel like a real one. Features like the ability to add, remove, delete breakout rooms (you can have up to 50 rooms), renaming rooms, and room reassignment.

Microsoft has made the process of setting up and managing breakout rooms easy, and for the user, the experience is intuitive and does not require any advance experience with the feature.

Attending a meeting with a virtual breakout room

If you’ve ever been a conference or a large meeting where and been instructed to report to a breakout room… you know the scene. Several people milling around in the hallway looking for the “Sequoia Ballroom”. Virtual breakouts can be joined instantly from web, desktop, iOS, iPads, Android mobiles and tablets.

Participants will join the room as presenters, which allows them to present, share Whiteboard, etc. In addition, chat and artifacts shared during meeting are viewable to those in the breakout.

How to set up Virtual Breakout Rooms

Users must first turn on the new Teams meeting experience.