All for Apps, Apps for All 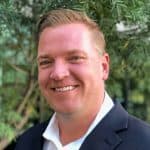 “There’s an app for that.” Back in the early smartphone days, it did seem like there was an app for everything. In 2021, with all the radical and revolutionary changes that have hit the economy, government and consumers, there may be an app for “that” but what you really need is an app for “this” too. But what if that app doesn’t exist?

Building from-scratch apps that solve an organizational or business need is hard. It takes very specialized, talented people a lot of time and it can cost a lot of money. That’s where low code app development solutions come in. And there’s none more widely available and widely used than Microsoft’s Power Apps – for good reason.

Power Apps is an inclusive, low code app development platform. It utilizes a graphical user interface, drag and drop functionality and simple formulas that allow anyone to build apps without writing code. Anyone in the organization can build apps. Anyone anywhere can build apps.

Power Apps allows anyone to build powerful apps that are process specific or work across the organization. But because Power Apps can make anyone into an app developer, organizations realize speed and cost/time savings through the reduced time and cost building web and mobile apps traditionally requires. Plus, Power Apps can help IT get through any existing development backlogs.

You’ve likely heard the promises of low code development before. “Anyone can do it.” But “low code” can mean a lot of different things to different people. That’s why Power Apps includes tools like templates, pre-built data connectors, built-in security and governance. It’s just as ideal for large organizations as it is for small businesses that are struggling to keep up with changing business needs and customer expectations. From a mom and pop to international corporations, Power Apps helps everyday users build and optimize apps for any device for specific tasks/roles and for automating manual processes and manual data collection.

Estimates are that by 2021 the majority of apps will be developed using low code tools, which in turn, experts say, can deliver app development cost reductions of 70% or more. And if your organization already has a Microsoft 365 license, there’s a great chance you could get started with Power Apps right away. And, being from Microsoft, Power Apps helps extend the capabilities of other Microsoft 365 tools you’re already using like SharePoint, Teams and Excel.

So now, if you or anyone in your organization discovers that, you know what, there isn’t an app for that…you’ll know there can be and that you can build it in Power Apps.

PrevPreviousGet the most out of Microsoft 365: 3 Things you should do right now .
NextKiefer Partner Spotlight: AvePointNext